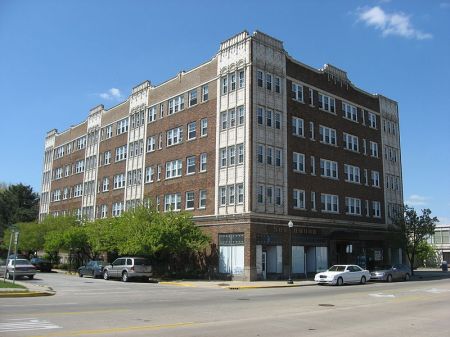 An apartment hotel in metropolitan Chicago

An apartment hotel (also aparthotel and apartel) is a serviced apartment complex that uses a hotel-style booking system. It is similar to renting an apartment, but with no fixed contracts and occupants can “check-out” whenever they wish. END_OF_DOCUMENT_TOKEN_TO_BE_REPLACED

Bally’s Las Vegas, formerly the MGM Grand Hotel and Casino, is a hotel and casino on the Las Vegas Strip in Paradise, Nevada, owned and operated by Caesars Entertainment. The hotel features 2,814 extra-sized guestrooms that are 450 sq ft (42 m2) or larger and over 175,000 sq ft (16,300 m2) of banquet and meeting space. The casino occupies 67,000 sq ft (6,200 m2). About 75% of the rooms are in the North Tower, and were renovated in 2004. The remaining rooms are located in the newer South Tower, constructed in 1981, Caesars Entertainment announced in Spring 2013 that they were going to fully renovate that tower and rename it “Jubilee” Tower by the end of 2013. The name inspired by their production show of course being Jubilee. END_OF_DOCUMENT_TOKEN_TO_BE_REPLACED 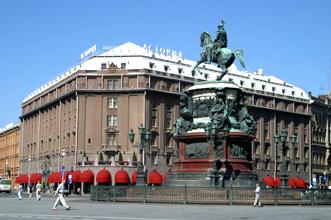 Boutique hotels are typically hotels with a unique environment or intimate setting. Some hotels have gained their renown through tradition, by hosting significant events or persons, such as Schloss Cecilienhof in Potsdam, Germany, which derives its fame from the Potsdam Conference of the World War II allies Winston Churchill, Harry Truman and Joseph Stalin in 1945. The Taj Mahal Palace & Tower in Mumbai is one of India’s most famous and historic hotels because of its association with the Indian independence movement. Some establishments have given name to a particular meal or beverage, as is the case with the Waldorf Astoria in New York City, United States where the Waldorf Salad was first created or the Hotel Sacher in Vienna, Austria, home of the Sachertorte. Others have achieved fame by association with dishes or cocktails created on their premises, such as the Hotel de Paris where the crêpe Suzette was invented or the Raffles Hotel in Singapore, where the Singapore Sling cocktail was devised. END_OF_DOCUMENT_TOKEN_TO_BE_REPLACED